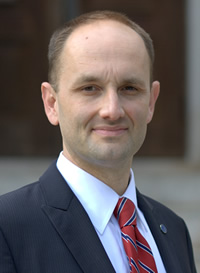 James Attwood has extensive experience in litigating personal injury matters. He has represented individuals in cases involving tractor-trailer accidents, automobile accidents, and assaults at apartment buildings and other establishments. James’s diligence in representing his clients has resulted in millions of dollars in verdicts and settlements for people who suffered injuries or died from another person’s misconduct.

In 2014, James was named a Super Lawyer by Atlanta Magazine.  This designation continued in 2015.

James began his legal career as a law clerk to Judge Dudley H. Bowen, Jr., the former Chief Judge for the United States District Court for the Southern District of Georgia. After his two-year appointment with Judge Bowen, James entered private practice at King & Spalding LLP in Atlanta.  During this time, James represented Fortune 500 companies for a variety of claims, including fraud, breach of contract, class actions, and antitrust violations.

James left the large-firm practice to pursue his goal of opening a law firm that represents individuals who have suffered severe personal injuries. James initially worked at Ford & Barnhart as an associate. While acquiring valuable experience and insight into taking on larger firms and insurance companies, James also obtained significant results for his clients through trials and settlements. James continued to work on personal injury matters until he opened his own firm.